As the incubation period of Digital Asset Services (DAS) draws to an end, I made time to sit down with Co-Founder David Janczewski, to chat about his experience of creating Coincover at the Gateway.

Coincover is the launch product of DAS, the world’s first combined security and insurance solution for cryptocurrencies. 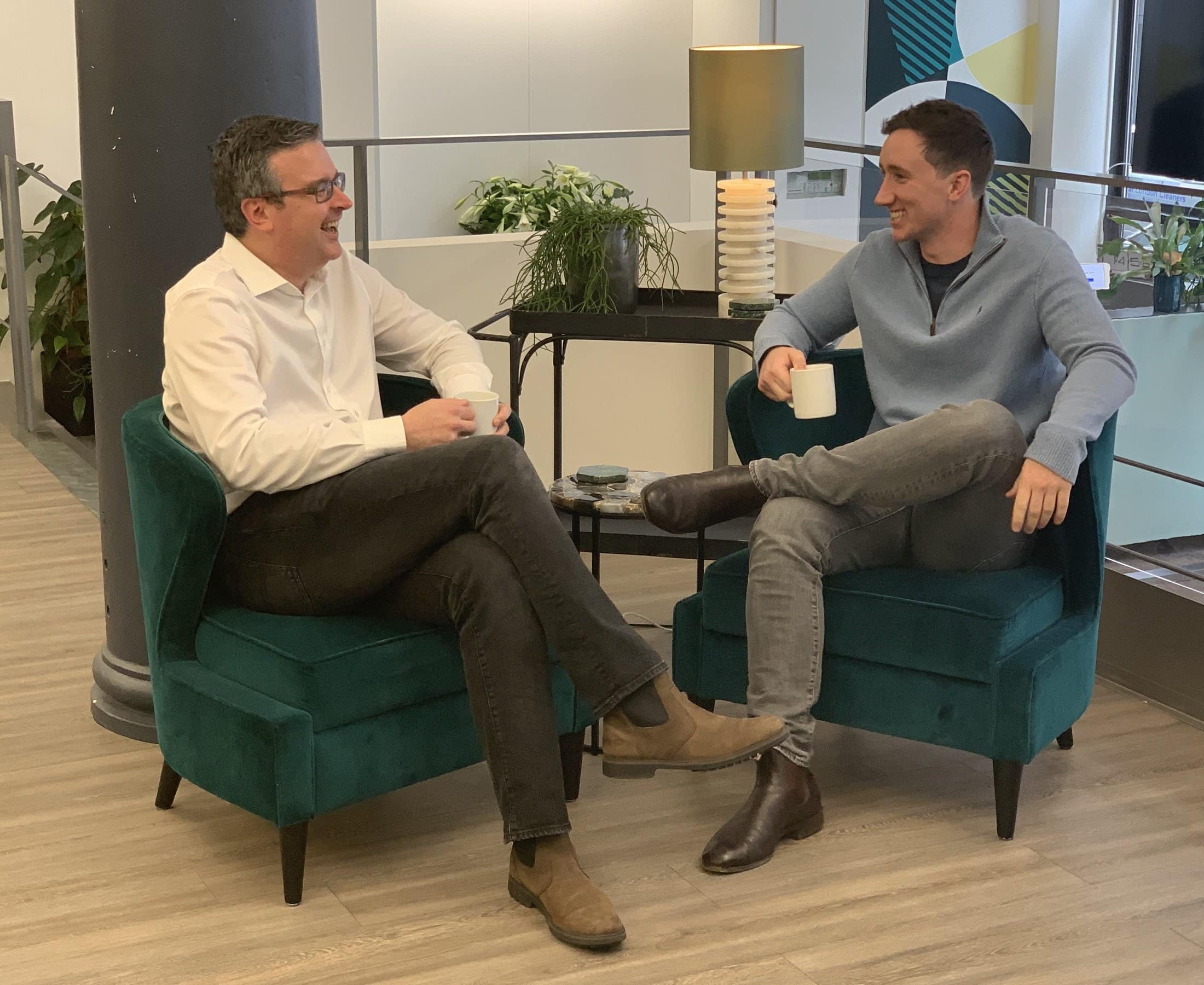 What is Digital Asset Services all about?

We’re here to deliver a combined security and insurance solution for Crypto Assets and ultimately peace of mind for anyone who is holding them.

The Digital Asset market continues to grow and mature but has been stifled at times by stories of huge losses and theft. In order to reach its full potential, current holders and potential new holders need to have a greater sense of certainty and confidence that their assets are protected. We see insurance, alongside lost key cover, as one way to do this.

Why did you choose the InsurTech Gateway?

It was a mixture of things really, and I’m not sure who chose whom, but it all started with a random meeting at the office coffee bar with Gateway Founder, Stephen Brittain. The idea had been floating around for some time, but as I knew nothing about insurance at the time it wasn’t really going anywhere. Stephen invited me back for another chat where I met more of the team and talked through a whole bunch of unstructured thoughts. Four weeks later, the Gateway team had helped us shape the idea and we were pitching it to a room full of insurance experts and after we got the answer of ‘ Well… it’s not bonkers.’ we haven’t looked back.

What have the Gateway helped you achieve?

Access to market has to be top of the list. Insurance seemed to be a complicated, impenetrable industry when we first looked at it. Now, with just a little time spent with the Gateway team and their connections, who are truly excellent, we’ve come to realise that insurance is a sector that has been immensely innovate over the decades, and InsurTech represents the next chapter. More specifically for us, when you say to someone you want to provide a combined insurance and technology solution for cryptocurrency held in an online (or Hot) environment it’s hard for them not to hear “risk, plus risk, plus scary!” And yet, we are here, launching this innovative Coincover product to the world with fantastic insurance underwriting partners.

Are there any pieces of advice you could give founders just starting out?

There are so many things that I wish I’d known at the start that I do now. If you’re lucky enough to work with the Gateway, I’d pick out the following three things in particular,

While it’s great to share advice, I have to admit that we’ve not always followed it ourselves and it has cost us time and money.

What are some challenges you’ve faced starting a business?

How long do you have? Starting a business from scratch with the goal of growing substantially in a short period is not for the faint-hearted, but it is hugely rewarding, no matter what the outcome. There is a popular phase of “fail fast”, but I prefer “learn fast”. There will always be problems that will create some sort of micro-failure. How you respond to them, learn from them and then move on will be a big factor in how successful you will be. We work to the adage, “plan to succeed, but expect to learn”, It keeps us focused and leaves no time for navel gazing.

What are some challenges specifically with InsurTech?

The name for starters! It makes sense on one level but doesn’t do justice to either those startups entering the market or the larger corporate incumbents. But then again, if it were called Customer Centric Delivery Through Technology Enablement you’d be met with either confusion or yawns (or both!). FinTech’s were portrayed as great disruptors, here to shake down the existing financial market. Some succeeded, most suffered. So I think InsurTech needs to learn the lessons of FinTech, and focus on collaboration between innovator and incumbent for mutual benefit and ultimately customer satisfaction.

For this to work, innovators need to be sensitive to the corporate pressures and constraints while their counterparts in corporates need to move faster and create safe internal environments where experiments and failure are seen as learning opportunities for rapid progression.

What is the next emerging insurable risk?

I’m biased here but Digital Assets. We’re only at the very start of this new approach to owning things. If you compare the lifecycle of cryptocurrencies with that of the Internet, we’re probably around the year 1996 right now, a time when only one of the F.A.N.G.S existed and they booked a trading loss of $816M . The comparison goes further, in 1981 one of the early internet examples was private connections between US Universities. They named this network BITNET with the BIT standing for “Because It’s Time”.

Beyond digital assets, I see personal ownership of information being another frontier sector that will develop enormously over the next decade.  This will bring with it new opportunities and a whole bunch of new risks that have yet to be identified let alone understood.

Anything that you’re excited about for the future of the industry?

I think Customer Centric Delivery Through Technology Enablement, or InsurTech as some like to call it, is starting to gather momentum and the likes of the InsurTech Gateway are going to add substantial fuel in the near term. Insurers are starting to move closer to these “Labs” where experimentation and the odd “Controlled Explosion” is going to help the market move forward even faster. If I had one wish it would be for a larger percentage of the insurance investment capital to be allocated to supporting these initiatives and so create a virtuous cycle of innovation and growth.

IF YOU ARE AN OUTSIDER, INNOVATOR OR FREETHINKER EXPLORING INSURTECH, WE THINK THE INSURTECH GATEWAY COULD TAKE YOUR IDEA TO THE NEXT LEVEL!  TO COME IN FOR AN INFORMAL CHAT, PLEASE GET IN TOUCH.