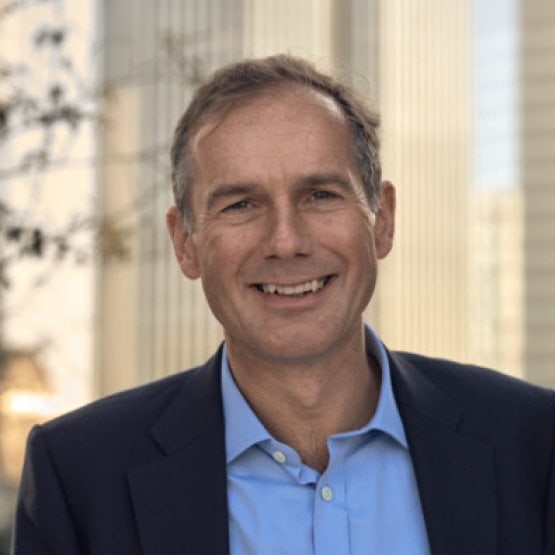 Listen to the pod, or read the write up below.

Matthew Grant: Stephen, you’ve had a fascinating career outside of insurance as a product designer, and working with the BBC, Nike and PepsiCo. How did you end up in insurance and what was the thinking behind Insurtech Gateway?

When you know that the base of the industry is good, that the insurance models are right, digital transformation gives you a chance to go back to those first principles. The role of insurance to protect the needy, the uninsured, the unprotected, felt like something worthy of my time.

MG: You founded Insurtech Gateway in 2017 with Robert Lumley and then brought in Richard Chattock as a CEO to continue building the business. Is the wider team similar to you, or do you amplify the best of each of your characteristics?

SB: We recognise the value of each other and invested a couple of years in understanding how the sum of the parts could be greater than the individual. Two years ago, Richard would talk about the investment side of insurance and how money flows, and I would switch off accidentally, find myself doodling and he would be in despair with me. Equally, I would start waxing on about brainstorming and customer needs, and he would say “we’ve got five minutes, what’s the decision?” We had some very funny moments in learning each other, and now we know exactly when to collaborate on decisions.

MG: Insurtech Gateway has a really strong portfolio of companies. Are you still adding new names to it?

SB: Ten businesses have been backed in the fund and graduated from the incubator. At any one time, we have two or three very active incubations and three or four going through some kind of preincubation setup. There’s also a couple in Australia in incubation, so by the end of the year, we’ll have over 20 companies.

MG: Insurtech Gateway is amongst a very small group of organisations that provides a ‘one-stop-shop’. It has the advisory side and offers investment funding, capacity and the ability to get companies regulated by the FCA.

SB: We’ve built a set of resources, skills and procedures to make the journey faster, so a great founder with a brilliant idea doesn’t lose themselves in the admin. Instead of needing several million pounds to get to a point of any certainty, they can do it for a fraction of that cost and the period of uncertainty is much shorter. We believe the secret to cracking difficult problems in insurtech is to crack the difficult challenges faster.

MG: Can you explain more about what a Limited Partnership is, and who the Gateway looks for to provide the funds that support your portfolio companies?

SB: First there is the mysterious, early phase of innovation investment, which works out whether a concept even belongs in the world. That requires patience and long-term thinking, so it attracts angel investors who get insurance and have a more rebellious, long-term view on the market.

The fund comes along after that when we are clearer about what the idea is and what it’s trying to prove. We’re looking for strategic investors who tend to be mid to long-term thinkers about shifts and new growth areas in the industry. They invest as limited partners (LPs) within a fund.

MG: The majority of Insurtech Gateway’s investors, the strategic investors, are coming out of the insurance industry themselves. Is there a specific reason for that?

SB: Part of proving the Gateway model is that we can scale with the help of the industry. It’s very hard to engage insurers just by bringing them to a show and tell event. The LP model effectively commits us to an eight-year journey together to see how we can make an idea work. Having an insurer investor means they’re thinking ahead for us about where a business is going, and the organisation we need to build together to support it.

MG: Has there been a shift with insurers recognising the challenge of incubating internally and turning to companies like Insurtech Gateway?

SB: I often find myself in front of a head of innovation and my first question is “how far are they on the learning journey?” I need to understand the kind of relationship investing companies want with start-ups and groups like ourselves. Some want to be passive investors and have a VC, mindset. Some are doing it for PR, or because it’s fun to hang out at events, find out what’s new and report it back, but with no real ability to execute this stuff.

We’re looking for active investors. Those that have gone past the point of watching and are working out what it means for them. We’re trying to provide the best way of having a two to three-year view on growing an opportunity before they get their business involved.

MG: Your portfolio includes Jumpstart, which is providing top-up earthquake cover based on a parametric index, and FloodFlash which is are putting sensors on buildings. There appears to be a theme of your portfolio companies tackling what previously might have been considered uninsurable, or so hard to insure that people didn’t want to tackle it.

SB: Some of our companies have entirely new world ideas. For those that are aiming to be better than the incumbents, have to be a lot better. By Miles is one example. It might have the new technology of telematics behind it, but at the end of the day, it is simply better value insurance for low mileage drivers. That proposition appeals even to those who have been buying car insurance for a long time.

When we met Coincover, they wanted to launch insurance for the world’s first cryptocurrency wallet. Such a thing didn’t exist, and the market wasn’t defined. We were trying to work out if the customer would understand it and how should we do it? Should Coincover go in with an existing player? Should it be stand alone? What we look for is whether a group can capture a new market. Or are they so much better than the incumbent that people will rethink how they buy conventional insurance because this is a 21st-century solution?

MG: What are the main challenges for scaling companies? You mentioned earlier about speed, so how does Insurtech Gateway help them move quickly?

SB: One of the biggest challenges in dealing with end consumers is that there isn’t a moment to sell insurance. A company needs to think outside the box because nobody wants to hear its pitch. The world’s most innovative insurance product doesn’t go on stage next to Elon Musk. I can smell that challenge when a new founder comes in the door. How will they sell that? How will the customer or broker get that moment to re-evaluate insurance and buy a new or a better thing?

MG: What attracts companies to insurance, rather than going off in a different direction?

SB: Tech founders trying to prove the brilliance of a SaaS technology or something that unpicks how risk is measured, rarely foresee becoming an insurance company. The idea that Insurtech Gateway is an MGA maker is just a part of the process. A founder doesn’t say “we’re going to scale to 50 countries as an insurance company”. They say “it’s really hard to demonstrate to the insurance industry how game-changing this technology is”.

Our goal is to prove the technology. Once we’ve proven the insurance metrics by doing it ourselves, then we can offer it to any insurer to buy it. That means our companies go from one customer to 1,000 customers, or 50 SaaS licencing deals around the world in three to four years. That’s where these enormous valuations are because they scale much faster than insurers and the insurance market can scale on their own.

MG: Revenue and premium are bound to be low in the early days for all start-ups. How do you give confidence to investors that you’re seeing performance from your portfolio?

SB: We work out what the killer metric is that will define competitive advantage. By Miles needed to prove to insurers that the frequency of claims on a per-mile-based insurance product was equal or lower than a traditional annual car insurance product. By Miles demonstrated over the first cohort of drivers that the frequency of claims was actually better than conventional motor insurance cover, and that a significant group of customers were ready to make the change.

Businesses have a much greater chance of success by focusing on the right customers and numbers, rather than trying to sound like they’re VC ready and achieving huge revenue sales. More importantly, in these crucial times, focussing on the key metrics is a much cheaper way of doing it than becoming big first, then getting the numbers later.

MG: Unless you’ve got a direct to consumer model, you’re reliant on the broker understanding the technology. Are they keeping up with the pace of change?

SB: With any group, there are early adopters and later adopters. In a room of 100 brokers, you will have a dozen rushing to you wearing an Apple Watch and who drove a Tesla to the meeting. They’re super excited about the future and they’re the biggest advocates. The trouble is the other 88, who probably have the longest client relationships and a more comfortable approach on the world.

The biggest lesson for us has been to find the early adopter in every group, as they have a similar mindset, then start working on the next group. I see maturity in our portfolio where businesses have shifted that excitement of meeting early adopter brokers, to getting the support to articulate their story to the more traditional mindsets.

MG: For anyone interested in knowing more about the Gateway, including potential investors, what’s the best way for them to get in contact?

SB: They can go to our website. We’ve had a lot of interest this year and will be opening a second fund in a month or so, so it’s a good time to contact us.

MG: And finally, thank you for supporting InsTech London as a member. It’s always great to know why people choose to support us.

SB: What’s great about InsTech London is you recognise that the community isn’t about the insurer and founders, it’s about the combination of the two. It’s one of the few places I can come to and talk to an intrigued, curious group who represent all sides. The language at your events changed from booing incumbents to celebrating that they were coming. Just by showing up, they’re saying “I’m here to learn and see if I can make something happen. I’m here to be an enabler, not the incumbent.”

We were all starting together around five years ago and I liked your values. You’ve got a nice, cynical view on people who appear to be doing things with a short-term mindset and that makes me smile. We’re cut from the same cloth.

WE WANT TO HEAR FROM YOU…

If you are an innovation enabler, working within an incumbent insurer, interested in exploring the potential of insurtech, we want to hear from you.